While there are dozens and dozens of reputable paid survey programs, only the best have been around long enough, and grown big enough, to have paid out over $1,000,000 to their members.

It goes without saying, there’s a reason these programs have stood the test of time. Let’s take a look at what makes these paid survey programs so great, so you know what to look for if you want a reliable source of surveys that actually pays you.

Because there are a lot of pseudo market research sites and straight-up scams out there, reliability is perhaps the most important factor when deciding what program to join.

You’ll find that all of the $1,000,000 programs have a strong record of reliable, timely payments.

While some sites may only invite you to take a few surveys a month, if you want to make any kind of significant money you’ll need multiple opportunities to earn daily.

High-paying programs generally have a bevy of surveys and other ways to get paid, so there’s always something to do.

It’s easy to overlook customer service in the excitement to join a new program, especially if you’re new to paid surveys (in which case you should immediately read our FAQs that will teach you how to do paid surveys).

Naturally, programs that have been around for many years will have effective customer service, which is key in case you encounter technical difficulties or need to check on a payment.

This means you’ll get your rewards faster, which is a huge bonus when it comes down to it. You want money in your pocket sooner rather than later.

Top 10 Survey Programs That Have Paid Out Over $1 Million

Now that you know what to look for, let’s take a look at the top 10 paid survey programs that confirmed payouts of at least $1,000,000.

The reviews are in, and Swagbucks is easily the most popular paid survey program. You can earn for taking surveys, searching, watching videos, and more. Get an instant $5 for joining.

Frequent survey invites, quick payouts, and excellent customer service have made Opinion Outpost a fan favorite for 15 years. It's the gold-standard in paid surveys and shouldn't be missed.

Offering $3 per completed survey, PineCone Research is a top-rated program where you'll never be disqualified for a survey. Take advantage of their product testing offers and make even more money.

Earn gift cards for sharing your opinion about your favorite TV shows when you join E-Poll. You'll get frequent invites to fast, fun surveys that give you plenty of opportunities to earn.

Join thousands of other Americans making a difference by sharing their opinions! Have your voice heard by government bodies, the media, not-for-profit groups, and private companies. Be rewarded with points that can be redeemed for prizes and entries into monthly sweepstakes draws.

One of the top-dogs in the market research industry, Ipsos offers tons of earning potential. Join now and you can expect to receive multiple survey invites on a range of topics every day. 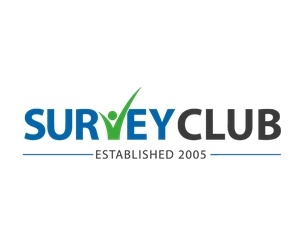 Survey Club specializes in daily paid surveys plus high-paying focus groups than can pay over $100. Earn PayPal dollars for participating in online surveys, in-home product testing, and much more.

YouGov conducts polls on the Internet about politics, public affairs, products, brands and other topics of general interest. Plus, you'll rarely get disqualified from taking one of their surveys. Influence the future of popular brands like Coca-Cola, Nike, and Disney when you join ask GfK. Earn points redeemable for merchandise, games, music downloads, and more.

If you’re just getting started with paid surveys, or you’re just looking for a “sure thing,” look no further than these 10 paid survey programs that have paid out over $1,000,000.

Find the right programs to join with our detailed reviews.

Have questions about paid surveys? We've got the answers right here.